You don't have to change your size, just your happiness. 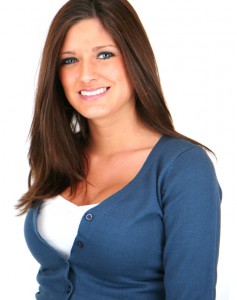 Many of our breast lift patients come to us after having their last child; giving birth to children can change your figure in ways you never expected. Other patients experience loss of fullness and drooping as a result of aging, or following significant weight loss. If the balance you’re looking at has changed, breast lift (mastopexy) may be the procedure to look into.

For many women the size, shape, or contour of their breasts does not fit their self image. Women experience increased breast skin laxity, drooping (ptotic) breasts, and loss of upper breast fullness following pregnancy and breast feeding, with aging and the force of gravity, or after significant weight loss. A breast lift, or mastopexy, is a surgical procedure designed to elevate and reshape the breast to produce a youthful appearance. The major focus of a breast lift is to lift the nipple-areolar complex and centralize it over the breast mound, reduce the size of the areola, and shape the breast by reducing and tightening the breast skin with little or no change in breast volume.

A breast lift may be performed in conjunction with breast augmentation if the breasts are small or have lost volume. The aesthetic concerns in breast lift surgery are more demanding than in breast reduction surgery, with more importance being placed on issues related to scar length and breast shape. The best results are usually achieved in women with small, sagging breasts. Breasts of any size can be lifted, but the results may not last as long in heavy breasts.

Do you need a Breast Augmentation to help restore lost volume?

During your consultation it is important to discuss the goals and expectations you have for your breast surgery. The doctor will perform a thorough examination and consider the size and shape of your breasts, the quality of your skin, the presence of stretch marks, the amount of breast tissue present, the location of breast tissue in relation to the inframammary crease, the areolar size, and the location of your nipple-areolar complex. The appropriate treatment options, benefits of surgery, risks and complications, and the probable outcome of your procedure will be carefully reviewed during your consultation. Your doctor may recommend that you have a baseline mammogram before surgery to assist in detecting any future changes in your breast tissue.

What are the Types of Breast Lift Surgery?

The degree of breast ptosis dictates the type of breast lift procedure performed, and therefore the resulting scar pattern. This can be viewed as a progression from a circular scar, to a lollipop scar, to an anchor

When there is minimal drooping and the nipple is positioned at or just below the level of the inframammary fold correction may be achieved with breast augmentation alone. For those women who are not interested in augmentation, or when there is adequate breast volume with only mild drooping, a periareolar mastopexy may be sufficient. Elevation and positioning of the nipple-areolar complex over the breast mound is achieved by a circular or oval excision of excess skin surrounding the areola; excess areolar tissue may be removed as well. Following removal of this doughnut-shaped area of skin, the nipple-areola complex is moved to the higher position and the breast skin is tightened in a purse-string fashion around areolar margin (circumareolar). The resulting circular scar defines the new border of the nipple-areolar complex.

Many women seek mastopexy because pregnancy and nursing have left them with stretched skin and breast volume loss. However, if you’re planning to have more children, it may be wise to postpone your breast lift. While there are no special risks that affect future pregnancies, pregnancy is likely to stretch your breasts again and offset the results of the procedure.

Please remember that a breast lift will not keep you firm forever; your inherent skin laxity, the effects of gravity, pregnancy, aging, possible weight fluctuations, and breast implant size may all result in loss of breast firmness and additional sagging.

In situations where there is a lack of breast volume, augmentation of the breasts with implants in conjunction with a breast lift may be desirable; but that is entirely a personal decision. A woman’s primary objective with respect to her breast size and shape is an important factor in determining what type of operation is performed. Some women are primarily interested in breast augmentation while others express more interest in a breast lift. For patients who consider augmentation to be their primary goal, the breast implant should be just large enough to allow the breast to achieve the desired shape. The remaining skin laxity is then reduced and tightened around the augmented breast. Combined breast augmentation and mastopexy can be performed with saline- or silicone gel-filled breast implants placed in the subglandular or subpectoral position.

When performing augmentation mastopexy, subglandular implant placement may be advantageous because this implant position contributes more directly to nipple-areolar projection. However, a subglandular implant may assume a lower position than one placed in the subpectoral space. A subglandular position also necessitates the use of a silicone implant to reduce the risk for implant palpability and surface rippling. In obviously hypotrophic breasts, with minimal breast tissue and thin lax skin, there is a lack of adequate soft tissue covering to mask the implants necessitating subpectoral placement. In a subpectoral position either a saline- or silicone gel-filled implant may be used.

The degree of breast ptosis remains an important factor in the surgical decision making process, but the nipple position on the breast mound and the relationship of the breast gland to the inframammary fold are also important factors when considering a mastopexy. The more gland overhanging the fold, the more difficult it is for the implant to fill out the breast adequately without adjusting the skin envelope at the same time. The lower the nipple sits on the breast, the less likely it is that the placement of the implant will shift the nipple superiorly enough on the breast to achieve an acceptable aesthetic result. Implant volume introduces another variable; a larger implant may reduce breast skin redundancy and the amount of lift required.

However, it is important to remember that the answer to excessive breast skin laxity is not a larger implant. A breast lift combined with an augmentation works better when the implant fills out most of the available skin envelope but leaves enough excess skin to reshape the breast and reposition the nipple. Better results will be achieved with a moderate augmentation and a lift, including better implant positioning, improved breast shape, and reduced effects of implant size and weight on the breast tissue and (already damaged) skin.

Combining breast augmentation and breast lift, in the same operation, can make for technically-demanding surgery that presents special problems. The purpose is to perform two operations on the breast, which have conflicting goals, at the same time. The purpose of a breast augmentation is to enlarge the breast, which involves stretching the skin of the breast and the areola. A breast lift is designed to reduce the areola and tighten the breast skin envelope. The variables associated with the conflicting goals of these two procedures, and the potential for later changes from each, may cause intraoperative difficulty and postoperative disappointment.

For these reasons, there are a few situations where a staged approach may offer better results. Although most women prefer a single, combined procedure, it may be wise to stage the two operations because more control is achieved with each individual procedure – a breast lift is performed first and allowed to heal, and the augmentation is performed several months later.

The results of combining breast lift and augmentation are less predictable than those associated with either procedure alone. Disappointments related to final scar position, nipple position, implant position, or breast shape may occur. More common problems include migration of the inframammary scar superiorly or some misalignment between the nipple, breast, and/or implant. It is not unusual for a minor revision to be necessary for some patients several months or years later; revision may involve repositioning of the implant, scars, or areola.

This 39 yo woman (5´7″  | 154 lbs)  was unhappy with the loss of breast fullness and drooping she experienced following two pregnancies, breast feeding, and weight loss. She has two children which she nursed for one year, and she lost 40 pounds in the year prior to surgery. Her pre-operative breast size was a C-cup. Examination demonstrated moderate breast skin laxity and volume loss with grade III ptosis. Three month post-operative photographs show the results following a bilateral dual plane-I, subpectoral breast augmentation with Natrelle moderate profile, smooth, round 371cc silicone gel-filled implants; and a Wise pattern breast lift was performed for additional shaping. Post-operative bra size is a full D-cup.
Read what patients are saying.

29 year old woman (5’5″ | 125 lbs) who had breast asymmetry; the right breast was smaller than the left breast. Her pre-operative breast size was a 36-C cup. She has two children, but did not breast-feed. She was unhappy with the difference between her right and left breast, as well as the drooping shape, but did not want to significantly change her current breast size. The right breast was mildly smaller than the left; 53gr of breast tissue was removed from the right breast, and 109gr of breast tissue was removed form the left breast, followed by a Wise pattern breast lift. Photographs taken three and one-half months after surgery show the result of a symetrical post-operative 36B/C-cup size.
See more patient pictures.